I wrote for Examiner.com from 2009 until it shut down in 2016. I was an "MMO Examiner," meaning I wrote primarily about massively multiplayer online role-playing games. I was consistently at or near the top of the "Top Examiners" list during my time there.

Here are some sample articles that were published on the site.

Twelve years ago tomorrow, April 28, an upstart game studio named Cryptic released an MMORPG like no other before it. "City of Heroes" launched to rave reviews from the gaming media, many of whom pointed out the game's robust costume creator, its friendliness to the casual gamer, and its adherence to the tropes of the standard comic book superhero on which it was based.
Nearly four years ago, on August 31, 2012, "City of Heroes" players and fans were shocked to hear news of the shutdown Paragon Studios, the studio that had been overseeing the game for its last few years, and the coming end of their beloved game. A few months later, the heroes (and villains) of the world's first and greatest superhero MMORPG took to the skies for the final time, as publisher NCSoft shut down the game servers.
Fans launched a massive campaign to save their game, but NCSoft would not be persuaded to change its mind. Since then, several groups have started working on their own superhero MMORPGs. Dubbed "spiritual successors," these games are meant to give fans what they loved about "City of Heroes" while breaking new ground. Among the various spiritual successors are Missing World Media's "City of Titans" and Silverhelm Studios' "Valiance Online."
For some, though, nothing would be better than if the original "City of Heroes" could rise, phoenix-like, from the ashes. To that end, a small group of fans, led by Missing World Media's Nate Downes (but not connected to Missing Worlds Media itself), announced promising talks with NCSoft that would allow the original game to return. If successful, the game would exist in a "maintenance mode," meaning no updates would ever be allowed. However, the "City of Heroes" intellectual property would be allowed to be used in other games, including the aforementioned spiritual successors, if the makers of those games chose.
Unfortunately, there have been very few updates on that front since the initial announcement.
Not to be deterred, fans have still found a way to reenter the world of "City of Heroes" through an application called Paragon Chat. There are no enemies to fight, and no missions to complete, but heroes (and villains) can still gather and explore their former world.
It is through Paragon Chat that fans are planning an unofficial celebration of the game's 12th anniversary tomorrow, April 28, 2016. Beginning at 3pm EST, the celebration includes radio broadcasts and costume and trivia contests taking place from within Paragon City itself via Paragon Chat.
A schedule of planned events for the celebration can be found here. For more info on Paragon Chat, check out the Paragon Chat forum on the Titan Network forums.
It is said that heroes never die. And in the case of "City of Heroes," it seems that many choose to not fade away, either.

Blizzard Entertainment today, April 26, launched the new "Whispers of the Old Gods" expansion set for "Hearthstone," the digital collectible card game based on the Warcraft series of games. Featuring 134 brand new cards, "Whispers of the Old Gods" adds a decidedly Lovecraftian vibe to the popular card game.
"Whispers of the Old Gods" is centered around powerful ancient and corrupt beings. C'Thun, Yogg-Saron, Y'Shaarj, and N'Zoth can be found in "Whispers of the Old Gods" card packs, and players will automatically receive C'Thun and two of his Beckoner of Evil cards when they open their very first card pack from the new expansion set.
In addition to the old gods and their underlings, the new expansion adds twisted new versions of older cards to the game. Forbidden Cards are also a new feature; playing a Forbidden Card will consume all of a player's available mana for the turn, with the card's effect amplified by the amount of mana used.
Another big change introduced with "Whispers of the Old Gods" is different formats available to play. With the new Standard Format, "Hearthstone" decks can only be created using cards released in the current and previous calendar year, along with the Basic and Classic card sets. The goal of the Standard Format is twofold: to keep "Hearthstone" fresh and to allow newer players to build competitive decks without feeling the need to acquire a large number of older cards.
For players who prefer to play "Hearthstone" with all the tools at their disposal, the Wild Format is available. Wild Format is the same as the original "Hearthstone" gameplay, in which all card sets are available to create decks.
Both formats will be available for both normal and ranked play, with separate rank systems for the two formats. Ranked rewards that are awarded at the end of a season will only be awarded once, for the higher rank between the two formats.
One long-awaited player request has finally been granted: more deck slots. As long as a player has unlocked all nine "Hearthstone" heroes, they'll be rewarded with nine additional deck slots, for a total of 18 slots.
For more info on "Hearthstone" and "Whispers of the Old Gods," head on over to the official website.

Cryptic Studios and Perfect World Entertainment today, April 12, launched the latest content update for "Star Trek Online." The mid-season update, "Season 11.5," brings with it a new featured episode called "Temporal Front" as well as several gameplay updates.
"Temporal Front" is "Star Trek Online's" latest featured episode, and it looks like a great one. A peace conference with attendees from the Federation, Klingon, and Romulan factions spirals into danger as a threat from the future makes itself known. Players will be able to travel through space and time to prevent the Na'Kuhl from destroying the present.
Another big update with "Season 11.5" is the Skill System Revamp. The much needed improvements include a new easy-to-use interface and a streamlined progression with more detailed descriptions. All characters have had their purchased skill points refunded automatically and will need to spend their refunded Space and Ground Points to purchase skills with the new system. Any Skill Respec Tokens that players had before the update will still be available for future use.
As part of the Skill System Revamp, certain gameplay mechanics have been removed and/or changed. For example, the "Crew" mechanic has been removed, and anything that previously helped Crew Regeneration has been changed to improve Hull Regeneration. Also, "Abandon Ship," which has been used to grief other players, has been replaced with the new "Threatening Stance."
For a FAQ on the Skill System Revamp, click here.
Other gameplay updates include Strategist Secondary Specialization, which offers abilities both offensive and defensive, the addition of the Romulan Republic Campaign to the Admiralty System, and Na'Kuhl Red Alerts.
Cryptic is giving away some free rewards to celebrate the launch of "Season 11.5." Starting yesterday and running through April 14, players can log in to receive a different reward every 24 hours. Each day's giveaway can be seen here.
For more info on "Season 11.5," head over to the official "Star Trek Online" website.

Get your copy of "One More Time" for Kindle... only 99 cents (or FREE with Kindle Unlimited!!) 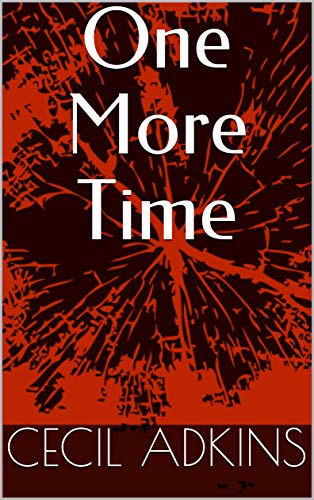